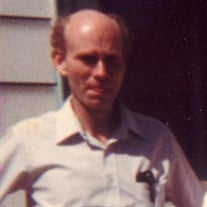 Bruce Wayne Cutler, 74, died at Crescent Green of Carrboro Assisted Living Facility on January 21, 2021, after spending the last three decades in the Durham area. He was the elder of two sons born to Kenneth Cutler and Frances Warner Cutler in Myrtle Point, Oregon. His family moved to Huntsville, Alabama when he was eleven and his brother was nine. He graduated from Butler High School in 1964, and was an engineering student for two years at Georgia Tech before transferring to University of Alabama in Huntsville (UAH) where he majored in English. He was a talented if unpublished writer, for years producing poems and marvelous letters of considerable literary quality. Bruce was in college at the time of the VietNam War. He was a conscientious objector who was drafted before he finished his degree. He spent two years at Presidio Army Base in San Francisco doing lab work before returning to UAH to complete his BA around 1970. He then returned to the San Francisco area, spending several years at the San Francisco Zen Center and Tassajara Zen Mountain Center before returning for a few years to his parents' home in Huntsville. After his mother died and his father left Huntsville, Bruce moved to Durham, North Carolina, close to friends. He lived for many years at a group home for gentlemen with mental illness. During part of this period, he worked at the restaurant of his friend Frank Farrell who was a co-owner of the Ninth Street Bakery at that time. He knew Frank from the Zen centers in San Francisco and at Tassajara. Bruce was a client for many years of Threshold, a clubhouse for persons with mental illness in Durham, which provides a day program for its clients and contracts with local businesses to provide employment for its members. During the last few months, Bruce was a resident at Crescent Green in Carrboro until his recent death due to heart disease. Bruce leaves behind to remember him, his brother, Brian Cutler of Huntsville, friends from the Harper and Hart families of Huntsville, and others to whom he was important, many of whom remember him from their formative years in the mid to late 1960's. He will also be fondly remembered by many who knew him over the years from his group home and at Threshold. Condolences, memories and pictures of Bruce may be shared at the following link at Scarborough & Hargett Celebration of Life Center, Inc. www.scarboroughhargettcelebration.com/obituaries/Bruce-Cutler-2/ A private memorial for Bruce is being considered in Huntsville after the pandemic. In lieu of flowers, donations may be sent to Threshold at P.O. Box 11706, Durham, NC 27703 or made online at www.thresholdclubhouse.org.

Bruce Wayne Cutler, 74, died at Crescent Green of Carrboro Assisted Living Facility on January 21, 2021, after spending the last three decades in the Durham area. He was the elder of two sons born to Kenneth Cutler and Frances Warner Cutler... View Obituary & Service Information

The family of Mr. Bruce Wayne Cutler created this Life Tributes page to make it easy to share your memories.