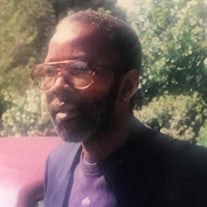 Mr. Cary “Sylvester” Williams transitioned on Thursday, February 11, 2021, after a brief illness. Born in Harnett County, North Carolina, he was the fifth child of the late Mr. William Herman Williams and Mrs. Polly Williams. The family moved to Durham while he was in elementary school where he attended East End Elementary, then Whitted Junior High School and then moved on to Hillside High School where he had a stellar career as an athlete. He lettered in three sports…football, basketball and track. He was the starting quarterback his 11th and 12th grade years and local pundits have consistently put him in the top ten quarterbacks in Hillside history. He was most famous for his “jump pass” and the Durham pundits ranked him #1 in that category. Sylvester was the backup point guard on the 1965 State Championship Basketball team and on the march to the State Championship he hit two free throws in the final seconds of the game that sent the team to the State Finals. At 5 ft. 5 inches tall, he was also a hurdler on the track team and he qualified to go to the State Championship in track. Also, while at Hillside High, Sylvester took drama under the legendary John Gattis, who bestowed upon him the name “Sunshine” (for his infectious smile) which followed him throughout his high school career. Sylvester was a proud graduate of the best class in school history, Class of 1965. He went on to attend North Carolina Central University and earned a B. S. degree in Business Administration with a major in Accounting (1969). While at NCCU, Sylvester pledged the Alpha Kappa Chapter of Kappa Alpha Psi Fraternity, Inc. Upon graduation, Sylvester taught school, as well as worked in the Accounting field for a while. He had a real love for writing and music and even published a song entitled, "Forever Love" sung by Janice Love which hit the airways in 1971. Sylvester was preceded in death by his oldest brother, Dr. James H. Williams, his wife Hazel still resides Washington, DC. He leaves behind to remember him, his brother, Clifton Williams of Bogota, New Jersey, brother, Amos Williams (Seret Scott) of Teaneck, New Jersey and his youngest brother Ron Williams of Graham, North Carolina; and one sister, Mildred Williams Smith (Raymond) of Teaneck, New Jersey. He will also be lovingly remembered by his many nieces, nephews, great nieces, great nephews, and many, many cousins. Sylvester was beloved by all of his family. A special acknowledgement to the Hillside High School Class of 1965, you guys and gals are the best!! Funeral services are incomplete at this time.

The family of Mr. Cary Sylvester Williams created this Life Tributes page to make it easy to share your memories.

Send flowers to the Williams family.