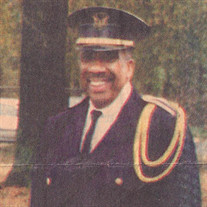 REMEMBERING CLARKE ALSTON EGERTON, JR. ACCOMPLISHED MUSICIAN ICON It was during Clarke Egerton, Jr.’s tenure as a student in the Durham city schools and North Carolina College (now North Carolina Central University) that he enhanced his musical talent which led to an array of opportunities in the music arena. At John Hawkins High (Warrenton, NC), was the beginning of his teaching career in 1955. Other experiences followed at Lincoln High (Chapel Hill, NC), Whitted Jr. High and Hillside High (Durham, NC). Egerton was Director of Bands at Hillside High School for 30 years. During the period at Hillside, the Marching Band received many honors and awards inclusive of certificates of appreciation from Presidents Gerald Ford and Ronald Regan. His concert and symphonic bands received many ‘Superior’ ratings (the highest) at competitions. Egerton was the first African-American to be inducted into the American School Band Directors Association (ASBDA). Throughout his successful years as a band director, his other professional music experiences include Director of the Durham Community Band, Clinician/Director for the Winston-Salem All County Band, as well as, a performer/back up musician with The Four Tops, Sam Cooke, Ike & Tina Turner, Joe Tex and the Temptations. Clarke Egerton, Jr. is survived by his loving wife, Johnsie, son Clarke A. Egerton, III (Terri) and granddaughter Annisianna. Egerton’s loving, caring and professional spirit will forever be remembered. It definitely is indisputable that Clarke Egerton, Jr. left an indelible mark on our community. For family members, a private service will be held. At a later time, a public celebration for family, friends and students shall be announced. Arrangements are under the care of Scarborough & Hargett Celebration of Life Center, Inc. We are so honored to pay tribute and celebrate Clarke Alston Egerton, Jr’s accomplishments at local, state and national levels respectively.

The family of Mr. Clarke Alston Egerton, Jr. created this Life Tributes page to make it easy to share your memories.

Send flowers to the Egerton, family.