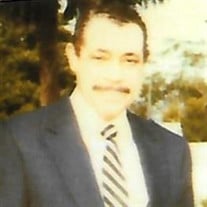 The family of Mr. Dennis Ralph, age 91, announces his passing which occurred on Sunday, October 25, 2020, at Hock Family Pavilion, 4023 N Roxboro Street, Durham, North Carolina 27704. Dennis Ralph was born in Columbia, South Carolina on April 8, 1929 and was raised by his grandmother, Katie Elise Ralph. He was the son of Ida May Ralph and Dennis Rae Ralph. Dennis attended schools throughout Columbia-North Springs Elementary, Crossroads Middle and Spring Valley High Schools. He received many certificates and awards and a High School Diploma. After a few years, he moved to Brooklyn, New York where he met Shirley Ann Willis; they married and to their union seven children were born. Dennis worked several jobs to support his family. This included Cedar's Lumber Company where he worked and became Supervisor. Later, he worked at the Brooklyn Naval Distribution Company, then he went on to work at Levin Fixtures where he served as a shop steward, was promoted as a supervisor, and then became a plant manager. Soon after, Dennis began working at Queens College in Flushing, New York as a custodian, then as activities planner and organizer. After the passing of his first wife, Dennis met and married Susan Varn. They shared many glorious years together until she passed away in 2011. Dennis moved to North Carolina where he spent time with two of his sons and remained until he departed from this life in celebration of his next life. Throughout his senior years, he spent more time with his children, nieces, nephews, grandchildren and great grandchildren. In Durham, he became fixated on the church. He was always spiritually guided. He became very familiar with the homeless, the addicts and the abused. He always prayed for them, with them and always inspired them to have faith in God. He became an icon in Durham and was adored by many. He is preceded in death by two children, James Ralph and Esmond Ralph. Left to cherish his memories are his daughters, Donna Ann Ralph and Doreen Sheryl Fogg; sons, Hilton Dennis Ralph, Gerard Allen Ralph and Ricardo Rae Ralph; and a host of grandchildren, nieces, nephews, cousins and extended family members. Viewing for Mr. Dennis Ralph will take place on Thursday, November 5, 2020, from 1:00 p.m. - 5:00 p.m. at Scarborough & Hargett Celebration of Life Center, Inc., 309 N Queen Street, Durham, North Carolina 27701. A celebration of life service has been scheduled for Friday, November 6, 2020, at 11:00 a.m. at Scarborough & Hargett Celebration of Life Center, Inc. Mr. Dennis Ralph will be laid to rest in Glennview Memorial Park.

The family of Mr. Dennis Ralph created this Life Tributes page to make it easy to share your memories.

The family of Mr. Dennis Ralph, age 91, announces his passing...

Send flowers to the Ralph family.