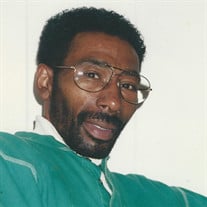 Frank Edward Burgess, Sr., age 75, departed this life on Wednesday, April 5, 2017 at his home in Durham, N.C. He formally worked at General Electric, "This End Up" Furniture and Nortern Telecom. He is survived by a daughter, Felecia B. (Alphaeus)... View Obituary & Service Information

The family of Mr. Frank Edward Burgess Sr. created this Life Tributes page to make it easy to share your memories.

Send flowers to the Burgess family.