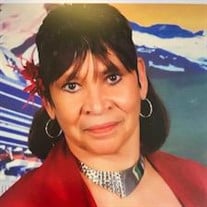 The passing of Mrs. Harriet Gibbs Lofton, age 80, on Wednesday, January 22, 2020, at the Carolina Reserve of Durham, is being announced by her son, Mr. Eugene C. Lofton, Sr. Harriet M. Lofton was born on June 9, 1939 to the late Edward Robert and Margaret Elizabeth Gibbs in Bridgeton, New Jersey. She was raised in Philadelphia (both South & North Philly) along with her two siblings, Roberta and Rebecca. The three were known affectionately as the “The Gibbs Girls”. On Wednesday January 22, 2020, God looked down and said “Well Done”, and Harriet quietly made her heavenly transition after a brief illness. Harriet received Christ as her personal Savior at an early age and attended an Episcopal Church under the pastorate of Reverend Devan. As a young girl, she was very active with the youth and loved to sing in the choir and participated in the youth activities. Later in life, she joined the Bethlehem Church of God Holiness (Philadelphia) where she served for many years on the Usher Board. Harriet attended Pierce Elementary and Fitzsimons Junior High School in Philadelphia. She also graduated from Dobbins Technical High School and began her career at Bell Telephone/AT&T where she worked for over 20 plus years. Harriet and William met in Philly and later were married. As a result of their union, they were blessed with one son, Eugene. After leaving AT&T, Harriet accepted a position with OCTEL Communications in the Altamonte Springs, Florida area and worked until she retired. She served as an usher at St. Mark AME Church, 1968 Bruton Blvd., Orlando, Fl 32805. During retirement, Harriet also worked as a recruiter for various learning institutions where she found enjoyment recruiting and working with matriculating students. She had a flare for fashion along with her sister (Becky) and often dressed alike. Harriet also enjoyed traveling and often did so with sister (Becky) and friends. Harriet leaves to cherish many fond memories; her son, Eugene Lofton, Sr. (Joan); three grandchildren (Janelle Corley, Chris and Marcus Lofton); two great grandchildren (Joshua Corley and DeAndre Evans); two sisters, Rebecca Davis (Philadelphia, PA) and Roberta Farrington (Long Island, NY); a host of nephews, nieces, cousins and friends. Viewings for Mrs. Harriet Gibbs Lofton will take place at Scarborough & Hargett Celebration of Life Center, Inc., 309 N. Queen St., Thursday, January 30, 2020, from 12:00 noon to 6:30 p.m., and on Friday, January 31, 2020, from 4:30 p.m. to 6:30 p.m. A Service of Celebration has been scheduled for Saturday, February 1, 2020, at Lincoln Memorial Baptist Church, 1500 S Roxboro Street, Durham, North Carolina 27707. The family will assemble for a visitation from 12:00 noon to 1:00 p.m., followed by the celebration service, at 1:00 respectively, with Minister Antoinette Daye delivering the eulogy. Mrs. Lofton will be laid to rest in Beechwood Cemetery.

The passing of Mrs. Harriet Gibbs Lofton, age 80, on Wednesday, January 22, 2020, at the Carolina Reserve of Durham, is being announced by her son, Mr. Eugene C. Lofton, Sr. Harriet M. Lofton was born on June 9, 1939 to the late Edward Robert... View Obituary & Service Information

The family of Mrs. Harriet Gibbs Lofton created this Life Tributes page to make it easy to share your memories.

The passing of Mrs. Harriet Gibbs Lofton, age 80, on Wednesday,...

Send flowers to the Lofton family.