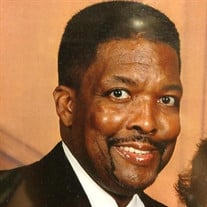 Ivan Keith Owens was born on March 9, 1956 in Durham, North Carolina. He was the son of the late Mr. Lewis Nathaniel Owens and Lottye Mitchell Owens. On Tuesday, November 7th at 5:45am, Ivan peacefully departed this life bound for his heavenly home. Ivan was educated in Durham Public Schools and graduated from Durham High School in 1973. Ivan was a stellar student and his scholastic achievements granted him a partial scholarship to Howard University. He was also a member of Mt. Gilead Baptist Church since the age of 5. He continued to be an engaged and active member throughout his life. He was a member of the Trustee Board for more than 25 years where he served in many ways including Chair. In 2014 he received a plaque for outstanding service to the Trustee Board. He was also the founder and served as President of Mt. Gilead Inc which is a nonprofit organization. He was passionate about servicing the community and led the church's efforts to purchase property in the community and work toward positive development of the surrounding area. He also loved to sing and was a member of the Young Adult Choir and then the Inspirational Voices. The choir and the church loved to hear him sing his favorite song “I don’t feel no ways tired” which exemplified his belief and faith in God throughout his life despite his health challenges. Ivan was a proud graduate of the prestigious Howard University where he received his Bachelor’s of Arts in political science and minored in Business in 1977. Ivan’s traveling endeavors started very early. While at Howard he interned at the National Oceanic and Atmospheric Administration during the summer of 1976 in Islas Cisnes, Honduras. One of his most memorable experiences at Howard was his initiation into Kappa Alpha Psi Fraternity Incorporated, Xi Chapter in 1975. Ivan’s love for Howard was evident from his involvement post-graduation. He was a dedicated member of the Howard University Alumni Club of the Research Triangle and he would frequently be found on the yard at Howard Homecoming. He returned to Durham and his continued pursuit of academic excellence led him to North Carolina Central University, School of Law where he was a member of Phi Alpha Delta, Incorporated and President of 1980 Law Week. He received his JD in 1983. Along with Mt. Gilead Baptist Church and Howard University....Kappa Alpha Psi was dear to his heart. He was a lifetime member of the Kappa Alpha Psi Fraternity Incorporated. He was recognized for his commitment and service and receive an award in recognition of his dedication and continued support as a Krimson Kontributor of the Kappas of Durham Foundation, Inc. Community Center for the Kappas of Durham Foundation, Inc. Ivan is survived by his lifelong partner and best friend, Joyce Smith. His only brother Lewis Owens, Jr and sister in law, Pamela Owens; Nieces and Nephews Lamonte Garrett (Robin), Tia Lance, Ashley Johnson, Tiffany Owens, Taylor Owens, Lance Garrett, Reese Garrett, Alexius Johnson, and Kennedy Stewart; One Godson Carl (CJ) Paschal Jr. and many other family members, fraternity brothers, and friends. We will forever celebrate the fullness of his life. Funeral service will take place on Sunday, November 12, 2017 at Mt. Gilead Baptist Church, beginning at 1:00 p.m. A visitation with family and friends will be held one hour prior to the service.

Ivan Keith Owens was born on March 9, 1956 in Durham, North Carolina. He was the son of the late Mr. Lewis Nathaniel Owens and Lottye Mitchell Owens. On Tuesday, November 7th at 5:45am, Ivan peacefully departed this life bound for his heavenly... View Obituary & Service Information

The family of Mr. Ivan Keith Owens created this Life Tributes page to make it easy to share your memories.

Send flowers to the Owens family.