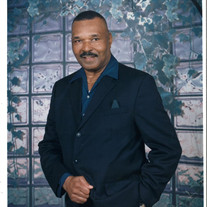 The family of Mr. James Edward Hicks, age 73, announces his passing which occurred at Duke Regional Hospital. James was born in Warren County, North Carolina on September 2, 1947 to Emanuel, Sr. and Hattie Hicks. The family moved to Durham, North Carolina and James graduated from Merrick-Moore High School. After graduation, James was employed by the American Tobacco Company. After a brief stint with IBM, he worked at Raleigh-Durham International Airport as a Traffic Control Officer until his retirement in September 2013. He was a member of Bell Yeager Freewill Baptist Church, where he ushered and sang in the choir. He moved his church membership to Lincoln Memorial Baptist Church, where he remained until his death. There he sang in the male choir and was an usher. James was also part of the Jimmy and Torian Graves Scholarship Committee. James had a love for all sports, music, and cooking. He was a member of the Mason fraternity and volunteered at the local soup kitchen, Oxford Orphanage (now the Masonic Home for Children at Oxford) and regularly donated blood to the family bank. He is preceded in death by his wife, the Reverend Deloise Hicks; his father and mother, Emanuel, Sr. and Hattie Hicks; and his brother and sister, Emanuel, Jr. and Carrie L. Withers. Left to cherish his memory are his daughter, Tonia Denise Hicks of Cambridge, MA; sister, Eddie Bell Whitney; brothers, Marvin Hicks of Durham, NC and Perry Hicks of Chapel Hill, NC; Patriarch Elder Cousin (94 years old), Emmanuel Jones; a host of nieces, nephews and other extended family members. In lieu of flowers, donations may be sent to the Leukemia and Lymphoma Society. A graveside service of celebration has been scheduled for Saturday, February 13, 2021, at 3:00 p.m., at Woodlawn Memorial Park, 2107 Liberty Street, Durham, North Carolina 27703.

The family of Mr. James Edward Hicks created this Life Tributes page to make it easy to share your memories.