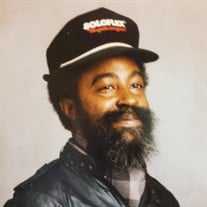 The family of Mr. Jerry Michael Council, age 72, announces his passing which occurred on Wednesday, June 17, 2020, at Duke Regional Hospital. Jerry Michael Council was born on December 14th, 1947 in Durham, North Carolina and was affectionately known by many as “West” or “Mike”. He received his education in the public schools of Durham, North Carolina and graduated from Merrick-Moore High school in 1966. That same year, he enlisted in the US Army to serve his country and completed his tour of duty in Vietnam. After being honorably discharged, he returned home to attend NCCU pursuing a degree in Accounting and joined the ranks of the US Postal Service (USPS). Receiving numerous awards during his tenure, he retired from the USPS after 33yrs of service. Jerry is preceded in death by his daughter Michelle Yvonne Council. He leaves to cherish his memory and mourn his loss six children: Diane Ryan (Lawrence) of Killeen, TX, Dacia Davis of Greensboro, Pamela White (Arthur) of Winston Salem, NC, David Council (LaTesha) of Alexandria, VA, Matthew Council of Apex, NC, Nicholas Council of Durham, NC; ten grandchildren; six great grandchildren; and a host of nieces, nephews, other relatives and friends. Viewing for Mr. Jerry Michael Council will take place on Wednesday, June 24, 2020, from 11:00 a.m. - 5:00 p.m. at Scarborough & Hargett Celebration of Life Center, Inc., 309 N Queen Street, Durham, North Carolina 27701. A graveside service has been scheduled for Thursday, June 25, 2020, at 10:30 a.m. at Beechwood Cemetery, 3300 Fayetteville Street, Durham, NC, 27707.

The family of Mr. Jerry Michael Council created this Life Tributes page to make it easy to share your memories.

The family of Mr. Jerry Michael Council, age 72, announces his...

Send flowers to the Council family.