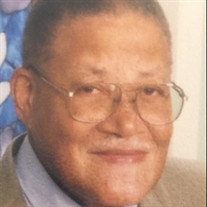 On December 15, 1926, Reverend Allen Gordon Thompson and Odessa Humphrey Thompson brought into this world Raphael Nash Thompson. A child of many talents, he was raised to have a strong devotion to his family and church. He was also taught the value of hard work. At the age of 3 he could recite from memory entire verses and chapters from the New Testament. While still a toddler, he witnessed the passing of his mother. Several years later, his father married Laura King. She was a great second mother to him, helping to steer him to the successes that he has had through the years. Raphael helped his father on their farm, getting up early to do many of the necessary chores. Most of all he loved when there was a rain, because that would allow for a rest break. After the rain he would be ready to continue working. There were five siblings in the family, four brothers and one sister. Raphael worked in their country store, giving service as needed. He also did very well in high school, getting voted valedictorian. In addition, he had skipped some grades during his school years, which allowed him to begin college at the age of fifteen. He attended North Carolina College (now called North Carolina Central University) for 2 years, then decided to serve in the military. After 2 years in the military he returned back to North Carolina College. He also went on to receive a masters degree from the New York University Business School. While building his career, he gets to know a special lady, Melba Tuck. They had known each other during their high school years. Eventually they marry and live in Fort Valley, Georgia. From the union three children were born. They are Roslyn, Raphael Jr., and Roderick. There is one special grandchild, Gina. During this time he worked as an Assistant Business Manager at Fort Valley State College. Building on his experience he moves to Durham, North Carolina with the family to teach at then North Carolina College. He teaches as a professor of Business Administration. The students know him not only as a professor, but also as a fatherly figure for those in need. He would often invite his students over for dinner and at times the students would cook their native cuisines for the whole family (Indian, Chinese or Nigerian foods). Raphael kept busy. Some summers he would teach summer school or he would work at Price Waterhouse and General Foods in New York. Raphael was very involved with giving his service to his church. He played the church piano, sang in the Adult Choir and was on the Trustee Committee. Even at home in spare moments, he loved to play hymns and other songs on the piano. Interested in building a new church, he helped to find and develop “Beacon Light Missionary Baptist Church,” working along with then Reverend Lorenzo Lynch and presently Reverend Clarence Burke. He always did the coordinating for our family reunions until he decided to pass it along to another fantastic relative as he saw it was time for his retirement on that. He also retired from NCCU after almost 50 years of teaching. In addition to his wife, children and grandchild, he leaves behind a first cousin, Georgeva Wright, and numerous other cousins, nieces and nephews. He also leaves behind a multitude of highly successful students. Former students often came to visit, thanking him for steering them in a direction for success. He certainly has been a gift of a role model, not only for his family but for humanity.

On December 15, 1926, Reverend Allen Gordon Thompson and Odessa Humphrey Thompson brought into this world Raphael Nash Thompson. A child of many talents, he was raised to have a strong devotion to his family and church. He was also taught the... View Obituary & Service Information

The family of Mr. Raphael Nash Thompson, Sr. created this Life Tributes page to make it easy to share your memories.

Send flowers to the Thompson, family.