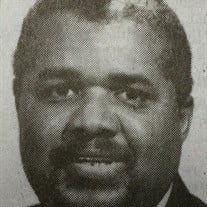 Roger Gay Bryant was born on March 29, 1940, and departed this earthly life on September 2, 2015, after a series of recurring illnesses spanning years. Born in West Palm Beach, Florida, he made his way to Durham, North Carolina in 1976 for a position at North Carolina Central University (NCCU) where he remained until retirement in 2002. His elementary and high school years were spent in West Palm Beach. In 1958, he entered Florida A and M (FAMU) University where he earned the bachelor's degree in history in 1962. He returned to West Palm Beach and taught junior high for three years, but FAMU called again in 1966. He then graduated with the master's degree in counseling in 1967. A brief period was spent at Delaware State College (now University) before entering the University of Georgia in 1976 to begin doctoral study in the field that would define his professional career. Upon graduation in 1976 with the specialist in education and the doctorate in education degree, his work as a student affairs professional began in earnest in 1976 at NCCU. The student-centered focus on his work was perfect for his large and ebullient personality which allowed him to be remembered by legions of colleagues and students alike. He found the good in everyone and was especially attentive to the down trodden and willing to help those who had no advocates or resources. A memorial service is on schedule for Saturday, September 12, 2015, at 2:00 p.m. at St. Joseph A.M.E. Church, 2521 Fayetteville Street, Durham,NC 27707. Phi Beta Sigma Fraternity will hold its final ceremony at 1:15 p.m. at St. Joseph. ; He was preceded in death by his mother and father, Maude and Morris Bryant; an older brother, Morris Jr.; a younger sister, Pharistine Bryant. Left to mourn and remember him forever is him forever is his loving and caring wife of 50 years, Martina James Bryant. He enjoyed being the patriarch of the Bryant family that includes niece, Crystal Bryant Taylor (Comer), Longwood, FL; two nephews, Zachary B. Bryant (Betty), Manhattan, KS; George Berkeley, Raleigh, NC; two grand nieces, Tracy Taylor, Longwood, FL; Tamara Taylor, Fuquay-Varina, NC; a grand nephew, Gregory Bryant, Kansas City, MO; great niece Samiyah Bryant, Champaign, IL. Devoted cousins are Jacqueline Yarn Curry and Tyrone Yarn, Atlanta, GA; Ray Yarn and Mary Yarn Wells; Peggy Yarn Mandel, Orlando, FL; Lillie Bell White, Sebring, FL. His extended family includes six Godchildren and members of the Roosevelt High School Class of 1958, West Palm Beach, FL.

Roger Gay Bryant was born on March 29, 1940, and departed this earthly life on September 2, 2015, after a series of recurring illnesses spanning years. Born in West Palm Beach, Florida, he made his way to Durham, North Carolina in 1976 for a... View Obituary & Service Information

The family of Dr. Roger Bryant created this Life Tributes page to make it easy to share your memories.

Send flowers to the Bryant family.