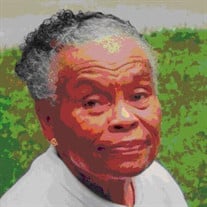 Willie Marie Anderson McKiver was born to Willie Anderson and Elizabeth Lloyd on October 1, 1922. She was born in Camden, South Carolina. The family later relocated to Greensboro, North Carolina, where she grew up. There, she attended the Catholic Church and school. She was married to Willard McKiver, Sr. December 18, 1938. Shortly after their marriage, they became the adoptive parents of Delana Mae Sanders. Five years later, Willard Jr. was born to their union. The following years, Susan Vashti, Kaypreachly Marie, Annette LaVerne, and Adwina Keith were born in Greensboro, North Carolina. The family moved to Durham, North Carolina in 1952, where Deborah Elizabeth, Tocoa Yvette, Dwight Alexander, and Dylo Lisa were born. The family resided at Route 4, Box 188 in Durham County until 1982, they moved to 916 Forge in Durham County. She lived there until 2007, when she began residing at 12 Oneluska Drive in Durham, North Carolina. Willie Marie was devoted to the pursuit of education. She saw all of her children receive high school diplomas; several of them hold degrees from colleges. On September 28, 1981, she received her very own high school diploma. She was an avid caregiver, who took care of children in her home for many years. That care included children of all kinds, including her own grandchildren and great-grandchildren. Many of which will miss her gentle and loving ways of caregiving. Willie Marie departed this life on December 1, 2014. She leaves to mourn her departure, her children: Delana Adams (David), Willard Jr. (Beverly Jo), Susan Hester (Robert), Kaypreachly Apollo (Frank), Annette Clemmons (Roy), Adwina Williams, Deborah Harris (Donald), Tocoa Edmonson (Frank), Dwight (Kim), Sheleria Cushman (Robert), and Dylo McKiver (Michael Ratliff). There are 68 grandchildren and a host of relatives and friends. For many years she attended Peace Missionary Baptist Church under Rev. Dr. William E. Daye. She was a member of the Helping Hand Society, Missionary Circle, Deaconess, Pastor’s Aide, Senior Choir and for some years she was the organist for the Angels of Peace Choir. Funeral service will take place on Saturday, December 6, 2014 at Peace Missionary Baptist Church, 2608 NC Hwy 55, Durham NC 27713, beginning at 1:00 p.m. A visitation with family and friends will be held one hour prior to the service.

Willie Marie Anderson McKiver was born to Willie Anderson and Elizabeth Lloyd on October 1, 1922. She was born in Camden, South Carolina. The family later relocated to Greensboro, North Carolina, where she grew up. There, she attended the... View Obituary & Service Information

The family of Mrs. Willie Marie Anderson McKiver created this Life Tributes page to make it easy to share your memories.